Just recently DJI has sent out an invitation to media and press members for an event called “Because life is big”, which will take place on November 28th at the Good Morning America Studios in Midtown Manhattan, New York. Like in the past, DJI uses these kind of events to showcase their latest technology, for example a new drone or a new 3-axis stabilization system. What makes these events so exciting for photographers and filmmakers around the world though is, that they won’t actually find out what kind of release DJI is planning, until the actual event takes place.

“DJI cordially invites you to join us for a special announcement on November 28th in New York. We’re excited to showcase DJI’s latest technology. we look forward to seeing you!”

After accepting the Invitation, “Get Ready to Live Big!”  pops up.

The invite features an colorful illustration that shows a pool where people are having a great time and get together at. The theme of the illustration could either be a party lifestyle or the adventure of travelling. It also shows a planet with a ring that could be Saturn. 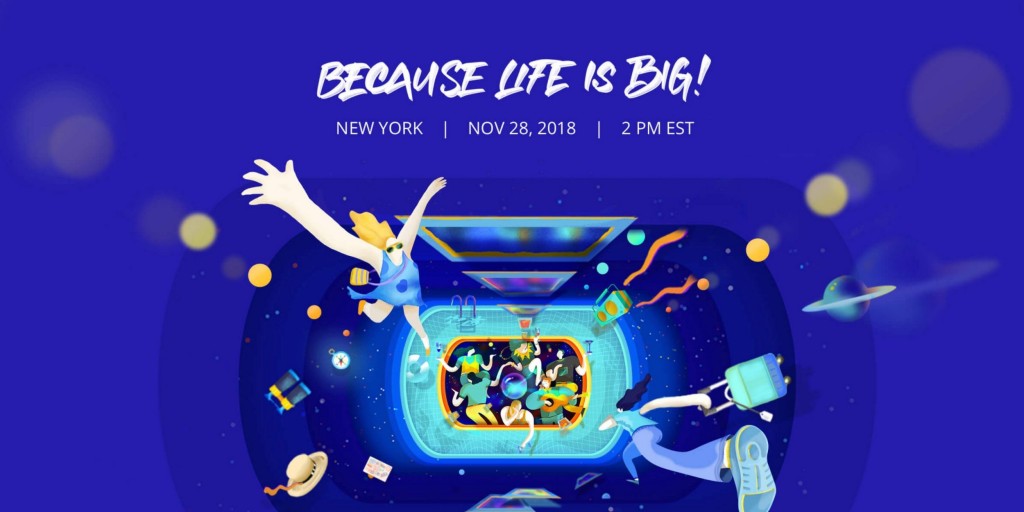